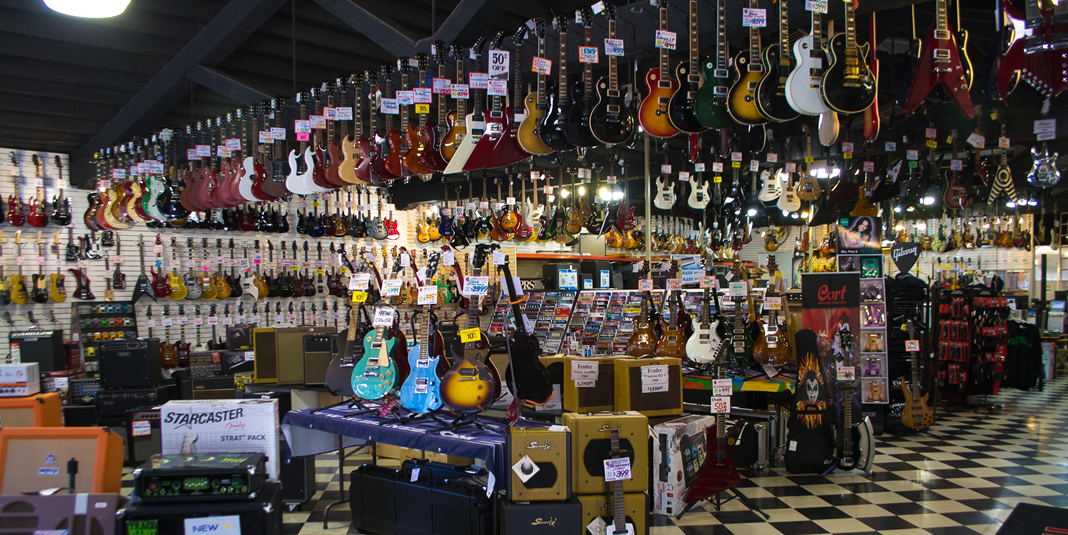 This week, I’ve been coaching developers for an automotive client in Specification By Example (or, as I call it these days, “customer-driven TDD”).

The Codemanship approach to software design and development has always been about solving problems, as opposed to building products or delivering features.

So I cooked up an exercise that starts with a customer with a business problem, and tasked pairs to work with that customer to design a simple system that might solve the problem.

It seems to have gone well, so I thought I’d share the exercise with you for you to try for yourselves.

I’m a retired international rock legend who has invested his money in a guitar shop. My ex-drummer is my business partner, and he runs the shop, while I’ve been a kind of silent partner. My accountant has drawn my attention to a problem in the business. We have mysterious gaps in the sales of some of our most popular products.

I can illustrate it with some data I pulled off our sales system:

Product 811 – the Epiphone Les Paul Classic in worn Cherry Sunburst – is one of our biggest sellers.

We sell one or two of these a day, usually. But if you check out the sales data, you’ll notice that between July 15th and July 24th, we didn’t sell any at all. These gaps appear across many product lines, throughout the year. We could be losing hundreds of thousands of pounds in sales.

After some investigation, I discovered the cause, and it’s very simple: we keep running out of stock.

When we reorder stock from the manufacturer or other supplier, it takes time for them to fulfil our order. Every product has a lead time on delivery to our warehouse, which is recorded in our warehouse system.

My business partner – the store manager – typically only reorders stock when he realises we’ve run out (usually when a customer asks for it, and he checks to see if we have any). Then we have no stock at all while we wait for the manufacturer to supply more, and during that time we lose a bunch of sales. In this age of the Electric Internet, if we don’t have what the customer wants, they just take out their smartphone and buy it from someone else.

This is the business problem you are tasked with solving: minimise lost sales due to lack of stock.

There are some wrinkles to this problem, of course. We could solve it by cramming our warehouse full of reserve stock. But that would create a cash flow problem for the business, as we have bills to pay while products are gathering dust on our shelves. So the constraint here is, while we don’t want to run out of products, we actually want as few in stock as possible, too.

The second wrinkle we need to deal with is that sales are seasonal. We sell three times as much of some products in December as we do in August, for example. So any solution would need to take that into account to reduce the risk of under- or over-stocking.

So here’s the exercise for a group of 2 or more:

And that’s Part I of the exercise. At the end, you should have the core logic of your solution implemented and ready to incorporate into a complete working system.

Here’s a copy of the sample data I’ve been using with my coachees – stick close to it when discussing examples, because this is the data that your system will be consuming in Part II of this kata, which I’ll hopefully write up soon.